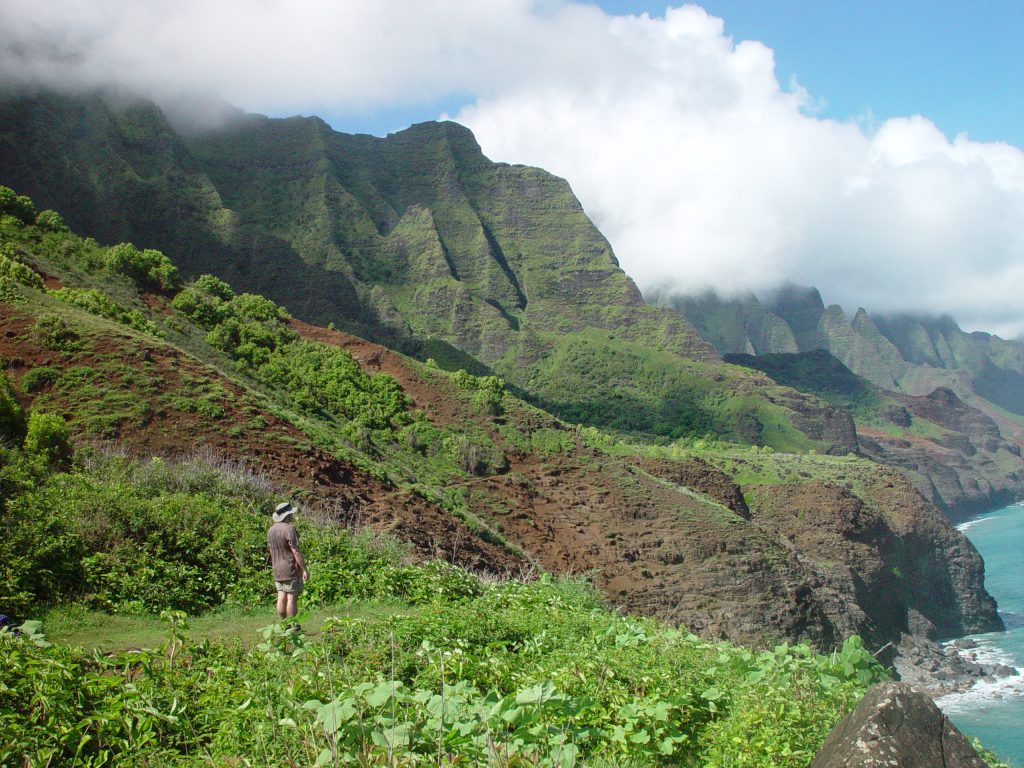 The Kalalau Trail along the Napali Coast was listed as part of USA Today’s 10 Best Hiking trails.

The Na Pali Coast is a very special place. The pali, or cliffs, provide a rugged grandeur of deep, narrow valleys ending abruptly at the sea. Waterfalls and swift flowing streams continue to cut these narrow valleys while the sea carves cliffs at their mouths. Extensive stone walled terraces can still be found on the valley bottoms where Hawaiians once lived and cultivated taro.

Originally built in the late 1800′s, portions of the trail were rebuilt in the 1930′s. A similar foot trail linked earlier Hawaiian settlements along the coastline.

Kalalau was listed among these other worldwide locations: